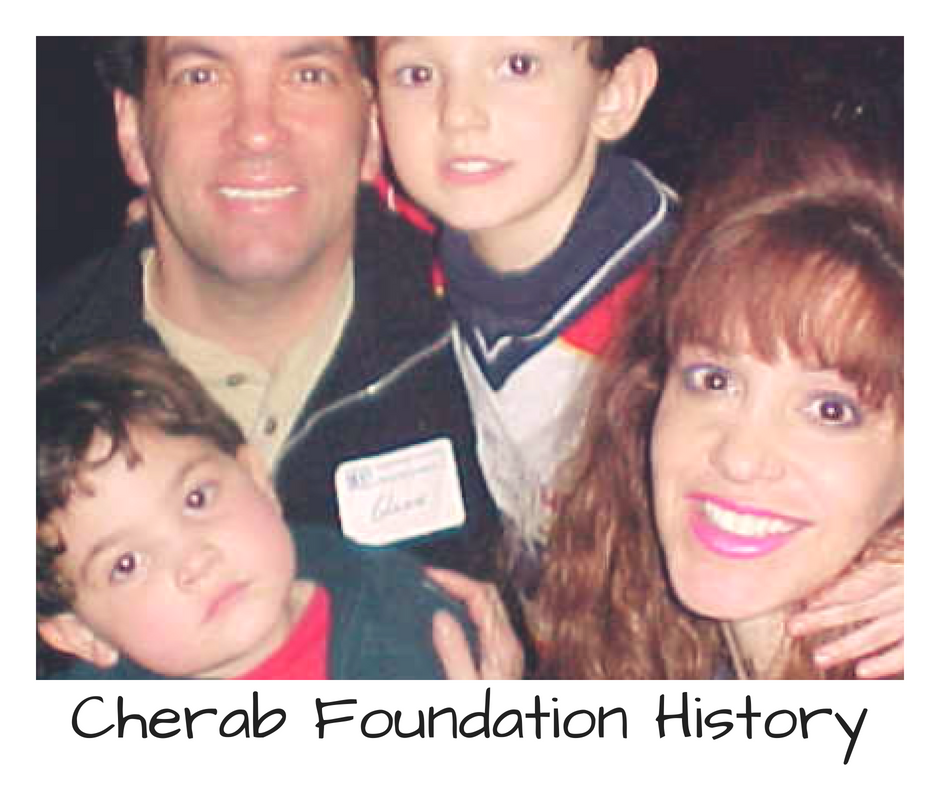 Help Give Our Cherubs A Smile And A Voice

I’ve been saying that since 1999 now, which is around the time my son Tanner was diagnosed by SLPs with oral as well as verbal apraxia and also diagnosed by a pediatric neurologist and developmental pediatrician with motor deficits, sensory processing disorder, hypotonia.  While verbal apraxia is rare, oral apraxia is a rare disorder within a rare disorder.  My son didn’t just have to learn how to talk, but he even had to learn how to smile.  I felt so alone.

I recall when I first heard the diagnosis of apraxia after months of therapy with no progress in speech his SLP wrote the words apraxia and dyspraxia on a slip of paper and told me this is what she believes Tanner has and it’s the same thing.  So I said joking around “OK, so he has apraxia whatever that is.  He’s still going to talk right?”  After a long pause his SLP answered me with, “it depends.”

Tanner’s Early Intervention Speech Therapist knew that I felt alone an encouraged me to start a support group.   I was told apraxia was rare, but kind of figured it out since at that time the largest international membership group for apraxia, an Internet group, only had about 1,500 members. Because I sometimes assist in the challenged community, I know the founder of the Sarcoidosis Foundation, Sandra Conroy (an amazing lady with an amazing story). Sarcoidosis is rare, but within three years, Sandra’s registry had a membership of over 30,000 patients.

Thanks to the encouragement of Lauren Zimet, Tanner’s Early Intervention therapist, my first nonprofit, the Children’s Apraxia Network support group,  started. It wasn’t an overwhelming amount of work, and it helped me to feel less alone, knowing I now had support. Lauren helped me to get a room and the speaker for our first meeting at the Children’s Specialized Hospital.  Our first meeting was featured in the Children’s Specialized Hosptial newsletter”Under the Umbrella” titled Unlocking the Words:  Helping Children with Apraxia

One of my objectives was to find friends for my son, Tanner, and I was happy when, a month later, I met Sue Kanarek, who had a little boy recently (mis)diagnosed with apraxia. Two months after that, when Tanner started Early Intervention through the school, I met Lynette Pearson, who had a little boy with “dyspraxia, not apraxia” (she later found out they are the same), who asked if she could help with our support group.

Sue had a friend who was a lawyer and willing to initiate the paperwork to make our switch from support group to nonprofit official. The three of us signed the papers. Believing, at that time, that these were the only two people in my area who had children with apraxia, I was thrilled we could all work together while our children played together…and that did happen for about five months. After that, the two moms who I believed were the “only ones in my area who have children with apraxia” were gone. One found out her son was misdiagnosed with apraxia; the other one quit.  The Children’s Apraxia Network nonprofit continued to grow and so did our monthly meetings.  The Children’s Specialized Hospital article was picked up by the newspaper The Star-Ledger who wrote a huge article about apraxia called ‘An Advocate for a Little Known DIsorder”

The Star-Ledger article was read by Stefanie Linzer, a producer from Inside Edition and I was asked to have my son Tanner featured on the segment.  I didn’t think the public would care about a 3-year-old who wasn’t talking, so I sought out teens and young adults to be part of the segment.   Our meetings were standing room only by this point as you can see in this segment.  Some people would drive 6 hours one way just to attend.

Now on my own running the first nonprofit, our group size “qua-zippled,” and I became slightly overwhelmed.  We started having meetings at St Barnabas medical system in addition to Children’s Specialized Hospital.   I was thankful that  SLP Cheryl Johnson and other professionals now on our advisory board as well as more parents got involved and helped us to grow and expand even more so that we were able to help so many more.  But then I started a new nonprofit and changed the name to CHERAB -to honor my son Tanner and expand beyond children.

As I say on that link “I started a nonprofit and named it Children’s Apraxia Network which we nicknamed CAN -but within the first year, I saw members had children that were much older than my son, some teens.  I didn’t want to limit outreach to just those with young children so wanted to have a name that didn’t have children in it even though that was my focus for my own son at the time, and clearly a huge part of my group.  As you can see from this Inside Edition segment on Apraxia our outreach was large but included teens and young adults even early on ”

I discovered fish oils pretty early on, within the first year of Tanner’s diagnosis, and his story is in Dr. Stordy’s book The LCP Solution; The Lellow Breakthrough and then realizing how much help was needed as I kept getting the same questions over an over from new parents, I contacted Malcolm Nicholl one of the co-authors of The LCP Solution with Dr. Stordy to write The Late Talker book with me.  Feeling a need for a medical perspective we invited in one of Tanner’s many doctors.  The Late Talker book became a reality published by St Martin’s Press.

Some other early events for Cherab

The nonprofit ran smoothly for years as a grassroots, 100 percent volunteer-based organization and our outreach grew to just about all areas of the globe.   Our private group on Yahoo reached about 10 thousand members, but when the changed their format a few years ago we moved our groups over to Facebook where we have our main support group and many others including one for teens and young adults, one for grandparents and others.

Even though we had 501c3 status, our focus was never on donations, so when we found out that without money there would be no research our focus shifted.

In addition to fish oils, I found other specific nutritional compositions that were helpful

The more I learned about fish oils and how they helped my son and others, the more fascinated I was with nutrition.  I started the blog Pursuit of Research blog and here is the history behind why.

Since then we’ve created a documentary on Late Talkers

which you can learn more about here.

Possibly our most popular initiative

help children on the neurological spectrum who struggle to communicate verbally. Our unique crowdFunnit initiative is a collaboration with first responders, local and national media and the community nationwide to throw birthday parties for children who believe the world hates them. It’s an anti-bullying campaign that helps educate as well as garner friendships with like-minded individuals.
We are continuously searching for like-minded partners to help make this dream possible for these children and would love to work with you as our official “card carder.” We successfully solicit the community to send birthday cards to our recipients to the tune of hundreds per individual.

Our events which have been hosted across the US have been a proactive way to stamp out bullying while fostering acceptance and compassion of differences. Each event has turned the life around for the party recipient.
Here one of the families we helped, William and his mom are interviewed a year after one of our events by the local broadcast media. His party garnered so much publicity and positive support we were over capacity (so more than 1,500 attended) and needed police escorts.  The event changed this child’s life.

Our goal is to have these events in every state, every month, around the country. Bullying is on the rise and those with special needs are 28% more likely to commit suicide than those without  Learn more about crowdFunnit and our upcoming events and please let us know if you need help for your child

My son Tanner who some professionals told me wouldn’t make it in a mainstream kindergarten class has been a honors student for years and is in college with a goal to be a special education attorney so he can help others like himself.  He currently works at Panera Bread part-time.  My other son Dakota who was also a late talker (diagnosed with ADHD, CAPD and gifted) graduated from SCAD and is living on the west coast of Florida and working in computer design.  Help Give Our Cherubs A Smile And A Voice used to just be for oral and verbal apraxia, today it encompasses so much more.  All these children deserve the chance to be happy and pursue their goals and dreams in life, just as my boys are!