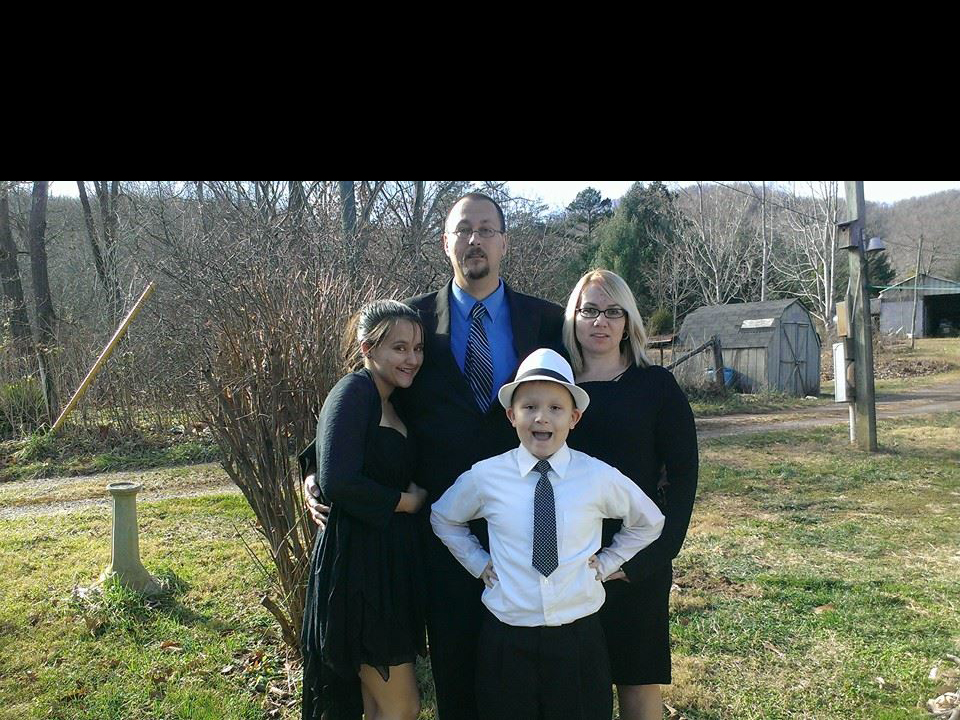 “It’s heartbreaking when he comes to us just about every day saying he’s so lonely. He says everyone thinks he is weird and he has no friends.” ~ Rebecca Carter

We raised over our goal of 275 to cover basic birthday party costs, and to hire a professional DJ, Joshua Clougherty of Bass, Steak and Fries, so along with Batman, everyone can join in Ayden’s birthday dance party.

Be it the tango, the polka, the chicken, Gingham style or a little double left-foot two-step, we all have our own style. So does Ayden Carter, an almost 10-year-old Michael Jackson fan, music enthusiast who would like to invite you to dance your heart out with him at his upcoming dance, LEGO, superhero birthday party.

Unfortunately Ayden doesn’t really have any friends because he doesn’t fully understand how to socialize.

“We throw Ayden a birthday party every year inviting multiple kids and only one little girl shows up every year. It breaks our hearts as his parents to see him upset and hear him talk about how he feels so alone.”

“I feel he thinks he’s different because of his imagination,” says Rebecca Carter, Ayden’s mom. “He has the most unbelievable imagination I’ve ever seen in a child. He gets so into it when he’s playing that maybe other kids might sometimes think Ayden believes it’s real even though he knows it’s not.

Ayden has never really understood what autism was, but recently he has been telling us that he is different. He says he has no friends. He eats lunch with his counselor and plays by himself at recess.  His counselor is his one friend, and has been trying to help him make other friends at school.  He has given him advice on how to approach other children and begin a conversation and encourages him to introduce himself.”

This is Ayden’s world. Diagnosed at age three with autism, severe ADHD, and sensory processing disorder, he’s made incredible strides to assimilate but always feels a lot of other kids think he’s weird.  “It’s heartbreaking when he comes to us just about every day saying he’s so lonely and that he believes other children think he’s weird,” Rebecca says.

As adults, we covet the imagination of a child. As we grow older we harden, learn more about the world around us and seem to lose the ability for imagination. However, we certainly have the capacity to imagine what it must be like for a 10-year-old boy to be alienated simply because he thinks differently, using his imagination to create on such a grand scale, yet still keeping a hold on reality.

Ayden recently attended the birthday party of Daymien Manus, a 10-year-old autistic boy who celebrated the milestone with a crowdFunnit party, inviting the community to join in the celebration.

“We went because he was so excited to meet someone who was more like him,” said Rebecca, someone who was a little different but still had the simple desire of friendship.  While there he played Frisbee with Mugsy, the Salem, VA Red Sox mascot, got to speak with Batman and took in the whole fun celebration.  This is why Ayden would also love to have a crowdFunnit birthday party.

Complete strangers have offered their services to make this party a huge success. Local bakery, Superior Sweets, has offered to create a one-of-a-kind birthday cake; Rayne Ashton from Rayne Ashton’s Photography has offered to photograph the event; Matt Kidd Cancer Awareness Monster Truck will be there for the kids; and professional DJ Joshua Clougherty of Bass, Steak and Fries will be driving three hours from Herdon, Va, for the event. “I saw the post on Reddit and I had to check it out,” said Clougherty. “My heart just went out to Ayden and I thought it would be a good opportunity to help out. Having a similar experience myself, being on the autism spectrum growing up and understanding how that felt, I decided I had to reach out.” And, Batman is rumored to be making a return visit as well. Shhhh. Coming from a very close-knit family.  Ayden spends a lot of time with his parents, his older sister Haley and with his grandparents, “Nanas” and “Papas” (with the S)   Ayden’s mother Rebecca said, “The only place he has ever gone to just hang out away from us is to their house.”

“Haley, almost 15, is so great with him. She plays with him, teaches him things, watches movies with him, and even does “sleep-overs” where she will build him a fort in her room and let him spend the night in there,” says Rebecca.

With the help of his family, his keenly intuitive school counselor as well as dedicated teachers, Ayden has progressed with his academics and is ready to make the same progress socially.

“He has come so far in his autism journey but he still needs some help and people to understand,” adds Rebecca.   More than anything right now Ayden would love to have friends.

You can help Ayden know he has friends by bringing your children to his upcoming crowdFunnit birthday party.  And who doesn’t love a dance party!