Josie Has The Birthday Party She Always Dreamed Of 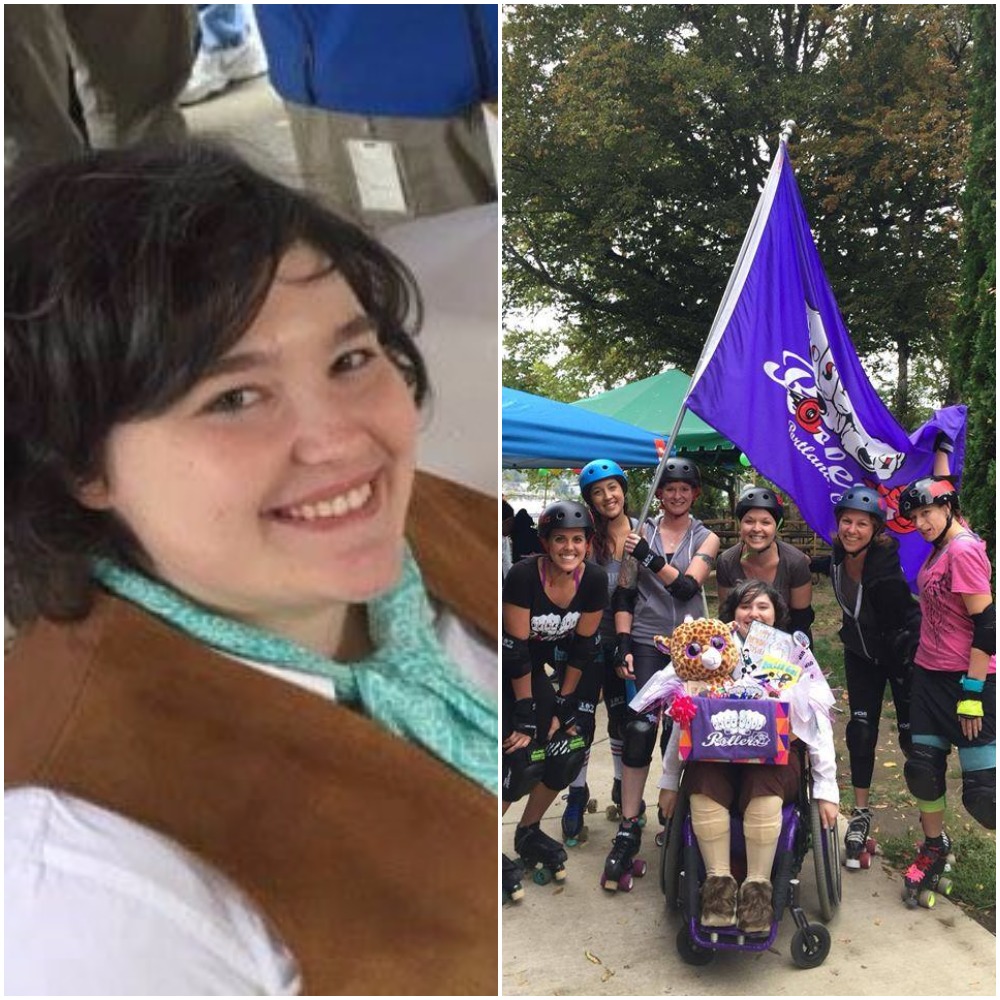 Josie Eugenie got just what she wanted for her birthday, and we couldn’t be happier for her. Dozens of people came together to help her celebrate her 24th birthday; thoughtful, kind individuals and families accepting of a world where not everyone is the same. Before Josie’s crowdFunnit birthday party she had expressed, “Being Autistic I’ve always had difficulty making and keeping friends. I can’t help but feel disappointed when everybody my age goes out with friends or has a big party. It makes me feel like I’m not really worth getting to know”  So much has changed since then.

Not only was the party a celebration of Josie but it served as a celebration against alienation and bullying. Many thanks go out to the Portland community for helping crowdFunnit™ and the support staff at RISE Family Services make this day happen, as well as:

Josie grew up on the autism spectrum in addition to having a rare progressive connective tissues disorder called Ehlers Danlos syndrome. Despite her family’s efforts, she never had a traditional birthday party many of us take for granted.

“Being autistic, I’ve always had difficulty making and keeping friends. I can’t help but feel disappointed when everybody my age goes out with friends or has a big party. It makes me feel like I’m not worth getting to know,” Josie said. “To me, birthdays should always be a big deal, no matter if you’re 1 or 8 or 15 or 37, 62 or 103! Birthdays are a marker of your life; you’ve made it another year, a little older, a little wiser.”

But on October 1, 2016 Josie enjoyed the presence (and presents!) of many people of all ages, many dressed in Lord of the Rings costumes, a personal favorite of Josie’s.

“My mom and my grandparents… strived really hard over the years to make my birthday special, but the friend aspect was not so much. So it was mostly just my family,” she said.

Also a very special thank you to the The Rose City Rollers Roller Derby Team (the Wreckers) at Josie’s crowdFunnit Party who gifted Josie with roller skates and a basket full of other goodies!

Josie has learned that roller skating in addition to being fun, is an easier and less painful way for her to get around than walking.   In addition she’s been embraced by the Rose City Rollers Derby Team. cheers them on when she’s not skating, and she’s super happy with all her new friends!

” I made a lot of new friends, mostly from the roller derby girls, I’m actually going to take their derby 101 class. They donated a pair of skates and some super protective knee pads/shin guards to keep me safe.

I discovered i’m an ok skater(haven’t fallen yet! and I’ve been 3 times in the last week-ish)
I’m actually in less pain skating then I am walking(which is apparently not uncommon with people with EDS)” Josie was nominated to crowdFunnit by Laura Wolfenson, a RISE Family Services Coordinator. crowdFunnit, a project of the 501(c)3 nonprofit Cherab Foundation helps to bring awareness about differences to those that are bullied or alienated, while fostering acceptance, compassion, and friendship through open-invite birthday parties. As word got out about her party, friends and strangers arrived to celebrate, making up for the parties Josie never had.

“I’ve never seen her smile as big as she is now, part of the reason I get teary eyed,” said Wolfenson. “Lots of love, lots of people… it’s really amazing.”

Thank you note from Josie