Q. Why is CHERAB spelled with an A and not a U?

When my son Tanner was a preschool child his nickname was “cherub boy”  because even strangers would call him that and say he looked like a little angel.

Tanner was first diagnosed with apraxia in 1999 when he was around 3.  Back then there was little to no support for the rare orphan diagnosis called apraxia, and even less information.

I started a nonprofit and named it Children’s Apraxia Network which we nicknamed CAN -but within the first year, I saw members had children that were much older than my son, some teens.  I didn’t want to limit outreach to just those with young children so wanted to have a name that didn’t have children in it even though that was my focus for my own son at the time, and clearly a huge part of my group.  As you can see from this Inside Edition segment on Apraxia our outreach was large but included teens and young adults even early on (please note the crazy long website address at the time too) 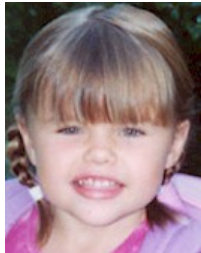 Apraxia is a rare diagnosis and unlike autism there is very limited research.    We used to have a lot of in-person meetings and events out of 2 hospitals in NJ and I noticed that like my son Tanner the majority of the kids with apraxia have these adorable round cheeks that make them look like little cherubs -just like my son.  This is because most of them have something called hypotonia (low tone) in their body and typically also their face.  (see this page for more info)  When it’s in the oral area it may be diagnosed as dysarthria which is not uncommon as a dual diagnosis with apraxia.  You can see a TV segment with Tanner when he’s 5 along with Haily, also diagnosed with apraxia and see what I mean about the cheeks.
We called it Cherab with an A vs. a U to stand for Apraxia.  Cherab stans for what we’d provide support in Communication Help, Education Research, and the AB stands for Apraxia Base
You may not be aware that 64 percent of those with autism have apraxia according to one study and this is probably why so many of our members have children with autism.  We joke we should call it Communication Help, Education, Research, Apraxia Autism Base  -but the base of the Cherab Foundation is still the rare orphan diagnosis apraxia.