Why Early Intervention when he’s just a late talker?

“We now know the earlier the intervention, the better the brain can reorganize.” Today, parents are generally told to look for signs of delay early, even in a baby’s first year, and seek help. No one should assume that a silent 2-year-old is a budding genius; silence may be a sign of hearing loss or a neurological disorder.” 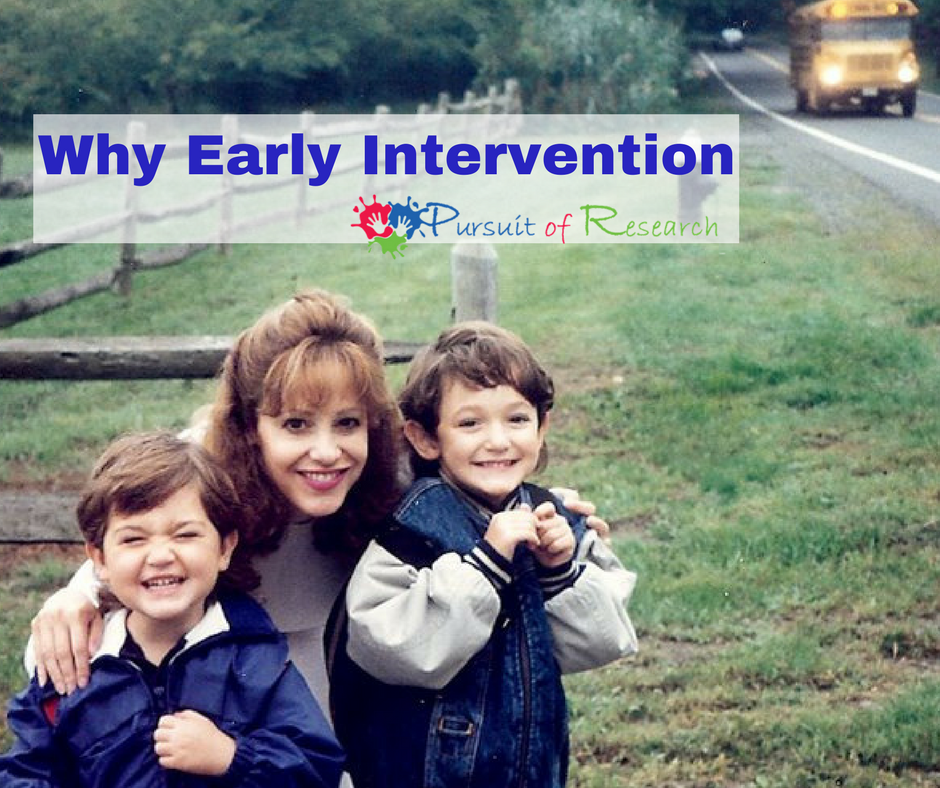 All of us hear the same thing “just a late talker” which may be the case. However early intervention therapy is harmless -and it may stimulate your child to speak even sooner. If your child begins to speak fluently after two sessions -no more therapy! If your child does have a speech disorder vs a simple delay in speech, however -Early Intervention not only provides the child the best chance -it also could help prevent secondary behavioral or self-esteem problems due to frustrations from not being understood, or from being teased. And what if your late talker who is “so bright” and passes all developmental milestones on time or early ends up being apraxic? Apraxia, you may think…never heard of it -what are the odds?!

Not every late talker with a speech delay or disorder has apraxia -however, apraxia is not rare; many people just do not know the name or symptoms yet. The problem with this is that children with apraxia benefit greatly from early intervention. Apraxia does NOT self-resolve. The prognosis for a child with severe apraxia to one day speaks like everyone else is greater for a child who receives a diagnosis and appropriate therapy at 3, than that of a child who first receives a diagnosis and appropriate therapy at 6. So why are some children with apraxia diagnosed after early intervention years?

According to Dr. Diane Paul-Brown, director of clinical issues in speech-language pathology for the American Speech-Language-Hearing Association in Rockville, Maryland, “We now know the earlier the intervention, the better the brain can reorganize.” Today, parents are generally told to look for signs of delay early, even in a baby’s first year, and seek help. No one should assume that a silent 2-year-old is a budding genius; silence may be a sign of hearing loss or a neurological disorder.”

This advice is based in part on studies showing that children with speech impairments are more likely to have reading and social problems later. Working with very young children, with malleable brain connections, may rewire defective connections. From the book Developmental Apraxia of Speech, by Hall, Jordan, and Robin, from”Working with Preschoolers Exhibiting DAS (Apraxia of Speech),” page 174:

“…Lohr (1978) stated that with her population of nonverbal clients with apraxia, ‘children who were younger when we began working with them progressed more rapidly’ (p. 6). Our experience has been that the overall outcome has been best for those children with DAS who were identified as possibly exhibiting DAS and received services as very young children…”

A parent with an essentially nonverbal child may search on the internet under the keywords “late talker”, “nonverbal”, “speech delay” or “delayed speech”, but unless they know the disorder called apraxia, they will not search under “apraxia” on the internet. Even worse, apraxia also goes by a bunch of other names that are used interchangeably, such as “dyspraxia,” “DAS,” “motor planning disorder,” etc. Additionally, the words neurologically based can be misleading to parents; most children with apraxia have above average intelligence, and parents may not believe that their non-verbal child who is SO intelligent can have a condition that may be neurologically based. In fact, nobody knows for sure where apraxia comes from. Hopefully, as awareness is raised, more research will be done to find out more about this frustrating and confusing condition called apraxia.

Of course, there are other factors to consider, aside from the age of identification, when making a prognosis of an apraxic child’s future success at communicating verbally. These include the severity of the apraxia, frequency, and appropriateness of therapy, attention level of the child, and parental involvement.

Author and Executive Director at The Cherab Foundation
Lisa Geng got her start as a designer, patented inventor, and creator in the fashion, toy, and film industries, but after the early diagnosis of her young children, he entered the world of nonprofit, pilot studies, and advocacy. As the mother of two “late talkers,” she is the founder and president of the nonprofit CHERAB Foundation, co-author of the acclaimed book, The Late Talker, (St Martin’s Press 2003), and is instrumental in the development of IQed, a whole food nutrition meal replacement. Lisa currently serves as a parent advocate on an AAN board for vaccines and is a member of CUE through Cochrane US. Lisa is currently working on a second book, The Late Talker Grows Up and serves as a Late Talkers, Silent Voices executive producer. She lives on the Treasure Coast of Florida.
Share Tweet Share Share Share Print Email